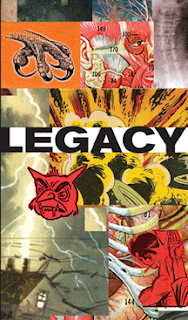 What if your deadbeat dad was a superhero?
What if you found out your deadbeat father is a superhero? Would you leave your small-town life to take up the mantle of a father you never knew? For 18-year-old Lucas, the choice is an easy one: he’s not going to leave behind his mother and his comfortable life for a father who’s never shown any interest in him. But his father—known officially as billionaire Clayton Hartwell, and secretly as the vigilante superhero The Raptor—tells Lucas that as he is dying, evil is growing, and the world needs Lucas to become the new Raptor. When Lucas’s mother is killed by mysterious warriors, he realizes that his father is right. Once in Seraph City, Lucas is stunned by the amount of poverty and crime. But after observing his father’s “heroic” behavior up close, Lucas is left wondering about the line between good and evil. And eventually, he must decide whether to take a stand against the one man who loves him in order to defend a world that desperately needs him.
Posted by Alford at 1:54 PM