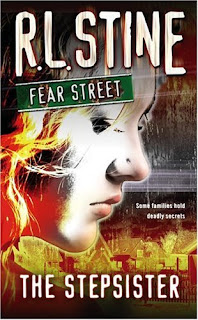 Emily wants to like her stepsister, but it hasn't been easy. As soon as Jessie moves in, she takes over Emily's room, steals Emily's clothes, and lies to everyone. Then Emily picks up Jessie's diary and learns a horrifying secret. Is Jessie really capable of murder?
Emily tries to tell her parents, but no one believes her.

So it's up to Emily to expose the real Jessie -- if she can stay alive.
Posted by Alford at 10:30 AM