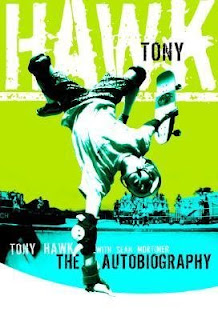 
In this, Tony Hawk shares the stories from his life that have helped him become a skateboarding hero.
Hawk speaks of being a super-competitive 'demon' child who found peace while on a skateboard. Classmates teased him because of his interest in an 'uncool' sport. Instead of retaliating with violence, he practised even more. With his story, he will inspire a younger generation of fans to stand up for what they believe in and follow their dreams.
Posted by Alford at 9:55 PM