I Know It's Over 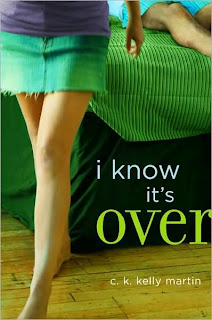 
I Know It's Over


PURE. UNPLANNED. PERFECT. Those were Nick’s summer plans before Sasha stepped into the picture. With the collateral damage from his parents’ divorce still settling and Dani (his girl of the moment) up for nearly anything, complications are the last thing he needs. All that changes, though, when Nick runs into Sasha at the beach in July. Suddenly he’s neck-deep in a relationship and surprised to find he doesn’t mind in the least. But Nick’s world shifts again when Sasha breaks up with him. Then, weeks later, while Nick’s still reeling from the breakup, she turns up at his doorstep and tells him she’s pregnant. Nick finds himself struggling once more to understand the girl he can’t stop caring for, the girl who insists that it’s still over.
Posted by Alford at 9:19 AM

Labels: author Martin, genre drama, title I Know It's Over

This book really shows things that happen in every day life with gils and boys our age. This book has alot of description about whats going on and is very easy to get back on track. If u wounder why things happen the way they do, i suggest u pick up this book for a better understanding. Its a good book. I rate this book an 8.