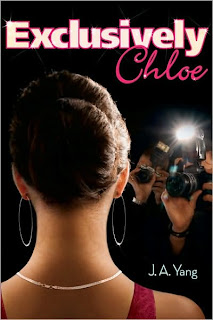 How could she not be with celebrity parents who have been the queen and king of Hollywood for years? And Chloe is a celebrity all unto herself as well— she's the first celebrity-adopted kid in Hollywood. But now Chloe's sixteen, and she is tired of every undesired moment of the world's attention. She wonders what it would be like to be a "normal" kid in a regular school. To really understand it, though, she would need to go undercover. So after getting a "make-under" at the hands of her mother's fabulous stylist, she enters the "real" world. But she soon finds out that there is just as much drama there as there is in Hollywood....
Posted by Alford at 3:08 PM