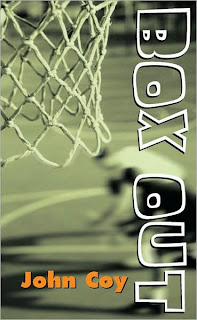 
Sophomore Liam Bergstrom just joined the varsity basketball team. His teammates made varsity because they're good. Liam's here because he's tall and Coach needs a guy who can grab rebounds. It's the chance Liam's been waiting for, but already he's playing catch-up. The other guys know what Coach expects, and they're willing to do things Coach's way, no matter what. So when Liam questions the team's practice of praying together before games, he's suddenly the odd man out. Now Liam has to find the guts to stand up for what he believes in--and take his game to a whole new level.
Posted by Alford at 3:26 PM